Well, when someone says India is not creative, don’t be sad or fell degraded as we have people like Aryabhatta who gave the world zero “0” and people like Sabeer Bhatia who provided a free method to store, share and receive documents and emails.

There were many people who have marked their presence in the field of Information Technology from different parts of the world. Some developed programs, some developed machines and some made Operating Systems. In the early 90s, when the Computer was a very new thing in the market, people saw tremendous scope in Computers and everybody wanted to work towards it and prove themselves. Everybody knew the potential of computers in future and that raised an interest amongst people do creative things for it. Some people succeeded while some failed but the interest towards Computers only grew. While people around the world were busy making names for themselves or when Indians are not well aware about the new computer era,  there was an Indian who was taking a keen interest in everything and was on the verge of creating something huge. His name was Sabeer Bhatia.

Sabeer Bhatia is a renowned personality and I am sure everybody knows who he is. Sabeer is an Indian by origin and his contribution to the field of Information Technology can never be forgotten. Sabeer was a Hardware Engineer by profession when he developed ‘Hotmail’, a renowned mail service at that time. Hotmail was a revolution in the field of Internet communication and probably one of the biggest contributions to Information Technology at that time.

Sabeer Bhatia is a businessman from India who was the co-founder of one of the biggest and the first email systems called Hotmail. Sabeer Bhatia was from a Punjabi origin and was born on 30th Dec 1968 in Chandigarh to a Punjabi family.

Bhatia was a bright student since the beginning and completed his schooling from the St. Joseph’s Boys’ High School in Bangalore. He started his graduation in Birla Institute of Technology and Science which is also known as BITS Pilani in the year 1985. After 2 years at BITS Pilani, he was transferred to Caltech for completing his graduation.After completing his graduation in Caltech, Bhatia went to Stanford University to pursue his Master of Science (M.S.) in Electrical Engineering. Sabeer Bhatia in Stanford University, later on, worked on “Ultra Low Power VLSI Design”

When Sabeer was pursuing his M.S., people like Steve Jobs and Scott McNealy already made their names in the field of InformationTechnology. These young Entrepreneurs were inspiring the world and Sabeer Bhatia was not untouched from it. He used to look up to Steve Jobs who was his inspiration as well and always wanted to become like him.

Inspired by Steve Jobs, Bhatia, instead of going for a Ph.D. after his masters, decided to join Apple in the year 1991. The career was although, for a very brief period of time, Bhatia learned many things being an employee in the Apple Computers. When Sabeer resigned from Apple, he joined a startup company named “Firepower Systems Inc”, where he worked for 2 years.

Till this time, the Internet became the subject of curiosity amongst people and everybody wanted more and more from it. Sabeer’s excitement too grew with time and he also started exploring more every passing day. In the year 1994, Sabeer Bhatia along with his colleague from Apple Computers named Jack Smith came up with a concept of a web-based database called ‘Javasoft’. Javasoft didn’t work the way it was expected to and had many problems in it.

While working on the Javasoft, Sabeer realized the potential and the future of a web-based email system and thus came up with an email system called HoTMaiL in which the uppercase spelled HTML. HTML (Hyper Text Markup Language) is a language that is used to write the base of a web page. HoTMaiL, also called Hotmail by its users became the life-changing idea for Sabeer Bhatia. In order to gain attention to the product and increase its usage, Sabeer decided to keep it free of cost to its users. The way the revenue was generated for them were the ads that used to appear on the website.

Hotmail soon after the launch proved to be one of the biggest and the most successful ideas of the era and changed Sabeer’s life completely. Hotmail was a huge success and a revolution in the field of Information Technology. When Sabeer presented the idea of Hotmail to Draper Fisher Ventures, they loved the idea and see the potential and future of Hotmail, invested $300,000 on the Project. Services of Hotmail was started on the 4th of July, 1996.

Within six months of the launch, Hotmail attracted more than one million people. The huge number of subscribers showed its popularity and how much people were impressed with it.As the idea of the web-based email started gaining popularity, Microsoft, an IT giant noticed it. Microsoft offered a deal to Sabeer to buy Hotmail. Sabeer being unsure in the beginning, sold Hotmail to Microsoft. On 30th December 1990, Hotmail was sold to Microsoft for a sum of 400 million US dollars. The acquisition of Hotmail proved to be the best deal for Microsoft as at this time there 12 million Hotmail users who were already subscribed and the new subscribers were coming at the rate of 150,000 users per day.

Sabeer Bhatia sold Hotmail to Microsoft and which gave him a huge amount but the not only his product was, his idea was sold as well. The web-based email became hugely popular and many companies started making it. Microsoft benefitted the most from the deal and was able to generate huge revenue out of Hotmail.

Bhatia, after selling Hotmail in 1997 to Microsoft became an Internet Strategist in the Microsoft Corporation itself in April 1999. After working for about a year, he left Microsoft Corporation to start another website called “Arzoo Inc.”.Arzoo.com was an e-commerce company which had to shut down soon in the year 2001 when the popularity of IT went down. After shutting down Arzoo, the e-commerce website, Bhatia decided to retire as he thought he had done too much work and it was the time to take rest. He started playing Golf and traveled across the world including Brazil, South Africa and the whole of Europe.

After traveling almost half of the world, Bhatia got bored of it and started working again. The Arzoo.com, the e-commerce website which was shut down in 2001, was started again in the year 2006 as a travel portal. After Arzoo, Sabeer Bhatia came up with Sabsebolo.com which as claimed by him, was India’s largest free web-based teleconferencing system with half-a-million users. After this, he started AMP technologies which was an analytical tool for the commercial real estate.

Bhatia tried his hands, on Telecom domain as well by taking over Jaxtr, a mobile application which allowed users to send free SMS. Bhatia’s Sabsebolo.com acquired Jaxtr on June 14th, 2009. Bhatia’s concept for Jaxtr was to give calling cards to the US travelers who either came for work or some other reasons at a very cheap price. At 15 cents per minute, he was really able to achieve that target. 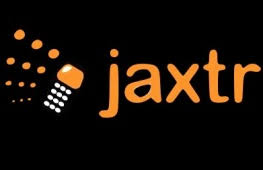 Sabeer tried his hands in real estate as well by collaborating with Parsvnath Developers and the aim was to set up a knowledge in Haryana. The project could not start because of some hiccups from the Haryana Government and the project was later shifted to Gujarat.

Though Sabeer has seen many ups and downs in his professional life, he was never out of work or innovative ideas. Though he took a break from his professional career for some time he was back with a bang soon. The main reason behind Sabeer’s success has always been his ability to think innovatively. From Hotmail to Sabsebolo.com, his ideas were far ahead of the people of that time. No matter how and where he worked, his mind could not stop thinking about innovative ideas and hence he implemented his excellent ideas everywhere he worked

Sabeer at present is concentrating on two things. First, he is working on the “Internet Of Things”(IOT) to make a considerable difference in the lives of people and the second one is the agriculture where he is putting a lot of efforts for farmers. Sabeer Bhatia believes that the gains in productivity can be achieved only through the right use of Technology. He believes that we are living in the world of collaboration right now and this is the reason is looking for a potential partnership with the Middle East for his various projects.

Presently, Sabeer holds various positions in his own companies. Some of the companies he co-founded while some of them, he acquired. Sabeer co-founded InstaColl Ltd and is serving as its Chairman right now. Sabeer also serves as a chairman of Sabsebolo.com. He has been a Board Observer for Viadeo since 28th Feb 2011. Sabeer also serves as a director of ApnaCircle Infotech Pvt. Ltd which is also known as ApnaCircle.com

Arabian Business’s video on the latest innovation of Sabeer Bhatia:

Sabeer Bhatia became extremely popular after the launch of Hotmail. He was a renowned personality and people around the world recognized him for his contribution to Information Technology with Hotmail. Not only Hotmail, but Sabeer also went on to give his valuable contributions to Microsoft Corporation and Apple Computers which were recognized as well. Also, his ideas of Arzoo.com and Sabsebolo.com were noteworthy as well.

Sabeer Bhatia is considered as one of the most successful and early entrepreneurs of his time and is recognized across the globe. Due to his outstanding and valuable contributions to the world of Information Technology, Telecommunications and e-commerce, Bhatia was given recognition and many awards by the Indian and the US Governments some of which are listed below.

Sabeer Bhatia was given theEntrepreneur of the Year award in the year 1998 by a Venture Capital Firm called Draper Fisher Jurvetson. This was the same company who loved the idea of Hotmail and invested $300,000 on the Project.

Sabeer Bhatia received the TR100 Award given by MIT. It is an award which is given to 100 young innovators who have the biggest impact on technology.

Sabeer Bhatia was named to the Elite 100 in the Upside Magazine’s list of top trendsetters.

Sabeer Bhatia was selected as one of the ten most successful Entrepreneurs of 1998 by San Jose Mercury News and POV magazines.

Sabeer was named as one the “People to watch” in International Business in the year 2002. 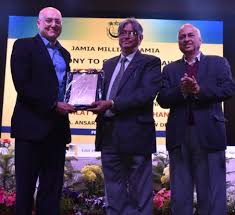 Sabeer Bhatia is an amazingly successful person in his professional life. He is one of the most successful Entrepreneurs, the world has ever seen and is an inspiration to many youth. Sabeer’s personal life although was not that successful and saw many tips and turns. 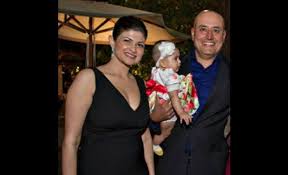 Sabeer Bhatia was married to Tanya Sharma in the year 2008 and both had a Daughter named Arianna together. Tanya Sharma is an alumnus of London School of economics and was the Director of the Good Care Pharma till 2008. After 5 years of married life, in the year 2013, Sabeer Bhatia and Tanya Sharma filed a divorce in a court in San Francisco. The reason given for filing the divorce was the personal differences between the couple.

Sabeer Bhatia was one of the most successful persons India has seen. He was widely recognized for his idea of Hotmail and people across the world look up to him as a successful Entrepreneur. When Sabeer sold Hotmail and some of his next projects failed, people started to name him “One hit wonder” and doubted his future. Sabeer came back strongly after a break and shut all his critics who doubted his caliber.

No wonders if we see him in next big innovation soon. Stay Tuned!