Is the new iPhone 12 is coming with a lot of surprises? It’s late, notchless, charger-less, earbuds-less, and packaged in four different designs? 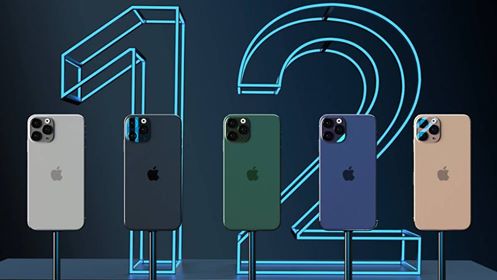 Apple usually launches its new products in the month of September, but that’s not the case with its upcoming phone of the year. Yes, we are talking about the iPhone 12, a hot topic of the tech industry.

As the coronavirus outbreak has hit the tech and many other industries, things are more out of control and uncertain than ever. The same goes for Apple and its awaited launch of the iPhone 12, which has been postponed to a few months. That being said, the phone will be out in the market before the new year.

Some sources have been reporting that the release of the iPhone 12, the smartphone of the year, has been delayed until 2021. But that might not be the case here. Apple is doing everything it can to shorten the postponement. So, yeah, the brand-new shiny iPhone 12 can be expected to be seen by the end of 2020.

As the iPhone 12 is going to be the first Apple smartphone to embed 5G technology, which is one of the major reasons for this attention the device is getting. The same 5G sensation is also the reason for its delay. So it all makes sense, right? As the old adage goes, all the good things come last!

And guess how Apple is making it up to its sales for the delay of the iPhone 12 launch? By ramping up the production of older iPhones. The Apple users will be seeing more iPhone XR, iPhone SE, and the iPhone 11s until the showstopper iPhone 12 makes an entrance.

There’d be no charger nor earbuds?

The short answer is no. These now-customary in-box accessories will not be included in the iPhone 12. Here’s the full story behind it.

Just a couple of weeks ago, Apple was reported to be upgrading the iPhone 12 charger to 20 Watts. As the last released Apple smartphone iPhone 11 and iPhone 11 Pro had 5W and 18W chargers respectively. So the company decided to go higher than that by introducing a 20W charger for its next big iPhone.

But soon after this awesome charger news, there came the jaw-dropping followup news of no charger at all. Even no earbuds. So now Apple’s latest phone will have a USB-C to lightning cable and a shiny phone that has 5G technology and that’s it.

Well yeah, it’s a very sad thing for iPhone lovers who have been waiting for this release since the beginning of this year. But there’s also a silver lining to it for the repair retailers. They can get the iPhone charger adapter and AirPods in stock, sell them to all iPhone users, and manage their sales with their cell phone and computer repair shop management software.

So for all iPhone freaks, who cannot help themselves but buy the new iPhone 12, your local repair shops are the place to get those power adapters and a nice pair of earbuds to complete the look.

The last time that Apple users noticed a change in their iPhones was with the iPhone X when they tried to make the top-notch a little hideous. But that did not work out well. Now, this time Apple may try to do the same with the upcoming iPhone 12.

Users have shown a lot of love to the face ID feature in all iPhone models from iPhone X and onwards. Now they want a phone that has the Face ID sensors and lens placed inside the top bezel, hence getting rid of the notch.

Apple has also passed a statement, on the record, about doing notch-less design for iPhone 12 Pro. So that’s probably the one without the notch.

How many models of iPhone 12?

Overall the four iPhone 12s are named iPhone 12, iPhone 12 Pro, iPhone 12 Max, and iPhone 12 Pro Max. The latter ones, which are pricier than the other two,  will likely come with a larger battery, 3x optical zoom, and a triple-lens camera system with a LIDAR Scanner.

Well, the good news is that you can manage the sales for all four iPhone 12 models with just one cell phone and computer repair shop software in place. Isn’t that wonderful?

That is all about the hottest iPhone 12. The release is expected to be in the ending months of 2020, where all four iPhone 12 models will be launched. All of them will be charger and earbuds-less and only one (probably the Pro model) will be notchless.

We’ll keep you updated with more news and updates on the iPhone 12 release, while all you repair shop people sit, relax, and prepare for selling the priciest phone of the year with your cell phone and computer repair POS system.

Order power adapters and AirPods from the most trusted cell phone parts suppliers directly from your repair shop POS and manage their stock. And then, sell all these accessories to the iPhone 12 users with your cell phone and computer repair shop software as soon as Apple’s stunner calls out all the iPhone lovers in October or November.

Isn’t that so sad for iPhone users and so great for shopkeepers? What’s your opinion? Do you think – the decision is right? For me, Apple is forgetting the main existence of their business i.e. Awesome user experience with 0 trouble! However, this is not the first time they did something different than other tech companies.

So, if it’s right “iPhone 12 with no charger, no earbuds and notch less” – are you going to buy? if yes, which variants will you like the most?